Which is best? Chokes and Cartridge Choice ... 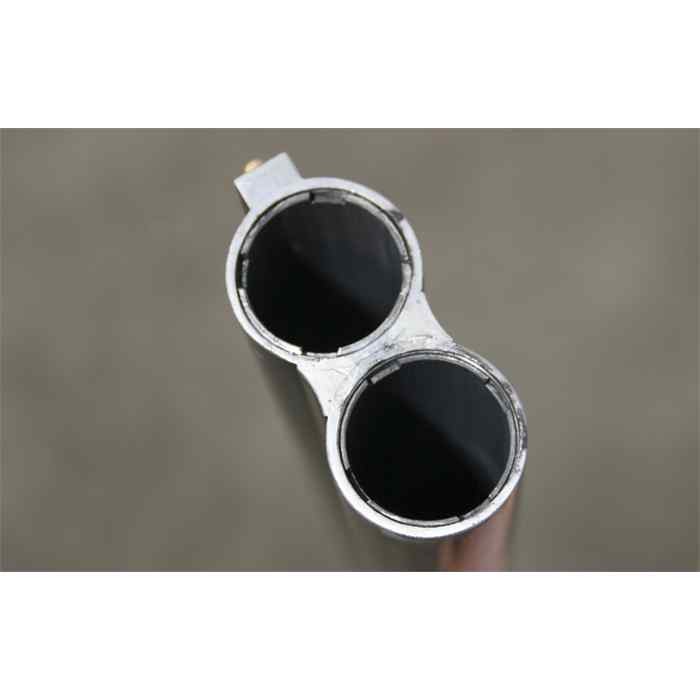 In clay shooting there are so many variables to consider.One of the most talked about is the good old cartridge itself. They come in so many different shapes, sizes, colours and prices but what is this really about? The first thing to consider is the actual shot size that the cartridge contains.It could be 6.5 up to perhaps 9 but can be quite confusing, especially if you are new to the sport. Shot size is the opposite to what you would expect in the fact that the larger shot size is actually smaller in diameter. The universal clay pigeon shooting size is 7.5 (2.3mm diameter) but certain disciplines could be optimised by other shot sizes.

Skeet shooting for example is a discipline of very close targets so less large pellets and more smaller pellets is what is needed. Cartridges are on the market for this specialised requirement such as Hull’s Pro Pistons in a 28 gram 9 shot.These cartridges even have a specialised wad to allow the pattern to open up rapidly, giving the most open pattern possible. 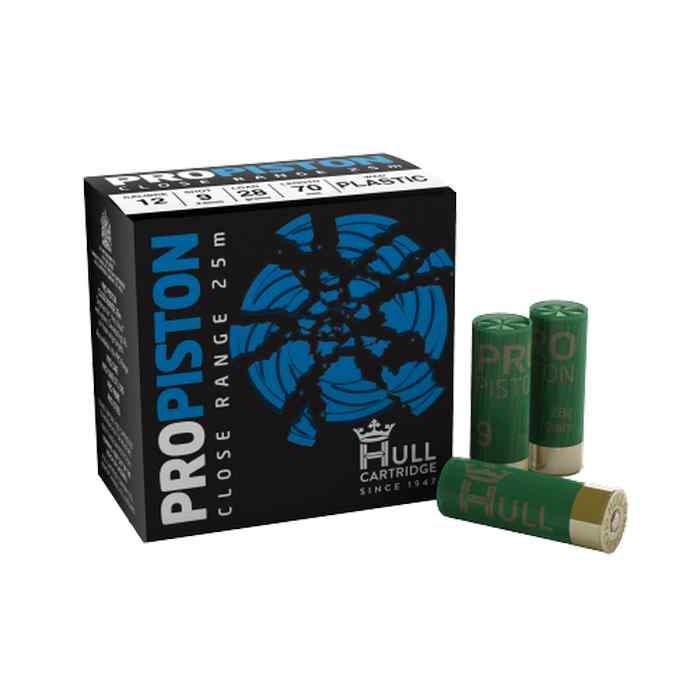 Looking at the other extreme you have those high targets or long range crossing targets. Trap shooting such as DTL or ABT would be similar as you have distant edge on clays and therefore require significantly more energy and therefore a larger pellet is required. Cartridges such as Gamebore Black Gold 7.5 would do the job well. Although labelled as a “7.5” they are actually a 7 so this larger pellet would deliver plenty energy down range and break the clays well. 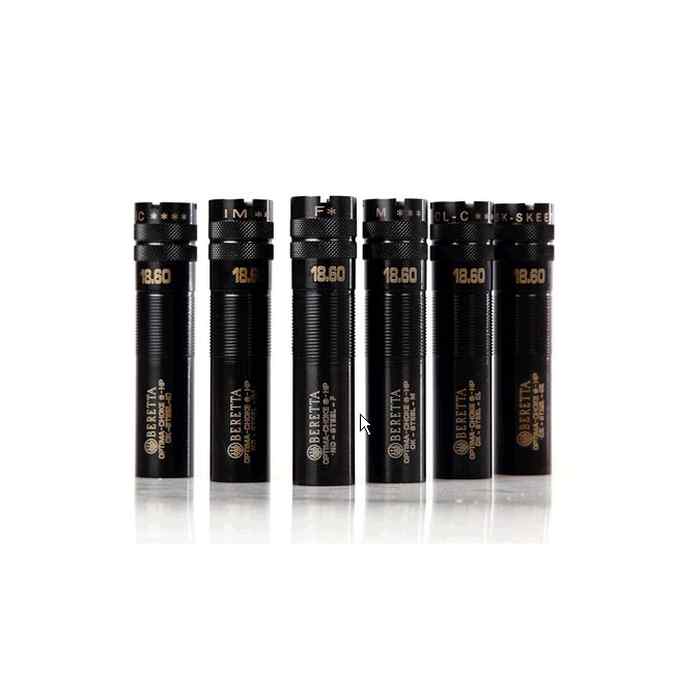 The amount of shot is also important.28 Gram is a standard load but becoming ever more popular is the lighter 24 gram and even 21 gram. This reduces recoil drastically and improves your pattern.The lack of pellets are more than made up by a more uniform pattern.The Eley Amber 24 gram 8 shot pattern well for all disciplines and is a great all rounder. 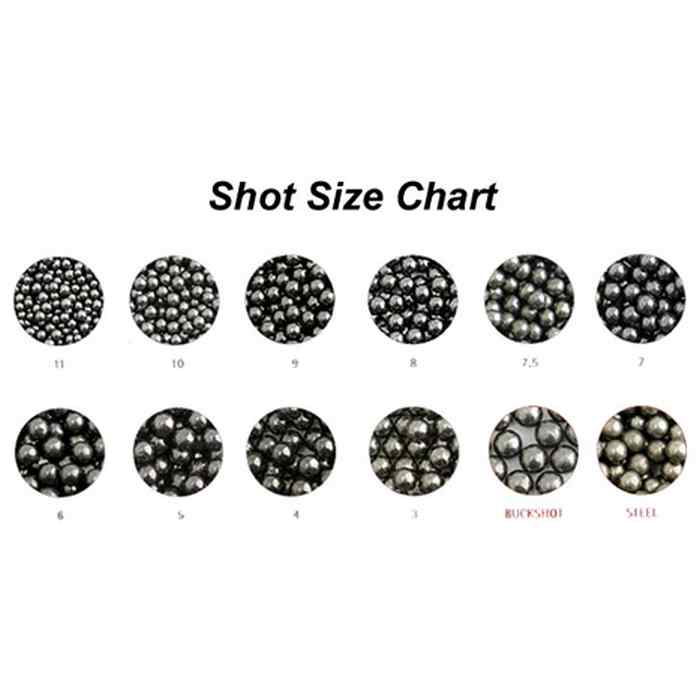 Everything else with cartridges is down to personal preferences.Some are smoother, others more snappy and have their distinctive speeds. For disciplines like sporting shooting a shot size 8 is a good overall compromise like the Cheddite Trap Oro. Over time you will find a cartridge which really will suit your style of shooting and by far the best thing you can do with it is stick to it religiously.Now for the other thing drastically affecting your lead shot.... chokes!

Choke is another almost exhaustive subject when it comes to clay shooting. Let’s first of all look at what certain chokes actually mean measurement wise, as a lot of manufacturers call them names standardised by the American market. The table is as follows....

For those of you fairly new to shooting choke is a fairly simple concept. You are measuring the difference between the nominal bore of the gun and then comparing it to the measurement right at the end of the muzzle. Much like a hosepipe you can have anything between a concentrated jet (Full choke) for a distant pattern to a fine mist (Cylinder/Skeet) for a very open close pattern. The tightest choke you can have with distorting a pattern is called full choke. The measurement at the muzzle of the barrel is 40 thousands of an inch tighter than that at the bore.Moving to less constriction would be moving to 7/8 then 3/4 and so on moving up the table. 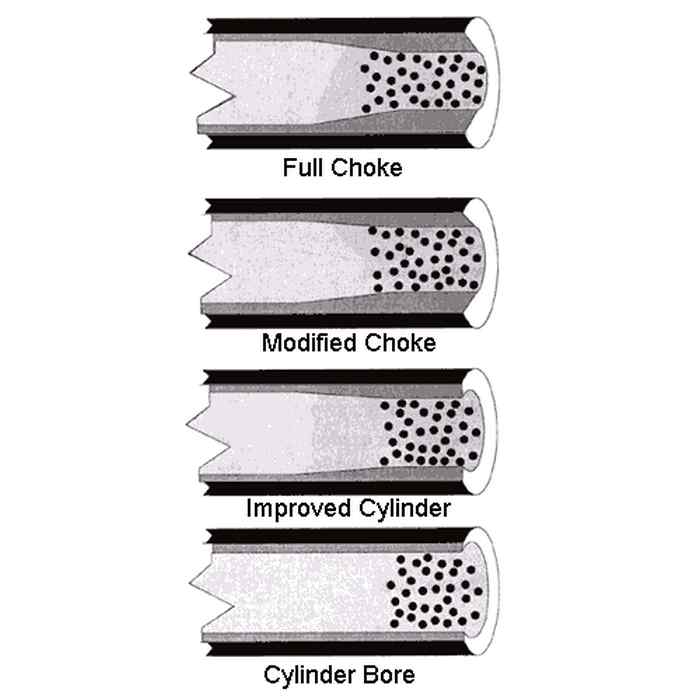 Most modern shotguns are multi choke which means that depending on your target you can select the appropriate choke, making sure your pattern is always optimised for the targets shot.However not all guns are multi choke and if you have a fixed choke do not worry. This is where the importance of cartridges comes into play.If you have tight choked gun and want to shoot close targets shoot a lighter load cartridge with small pellets to allow the pattern to open and spread. On the other hand a more open choked gun but with more stretching rangier targets a heavier load with larger pellets will do the job very well. 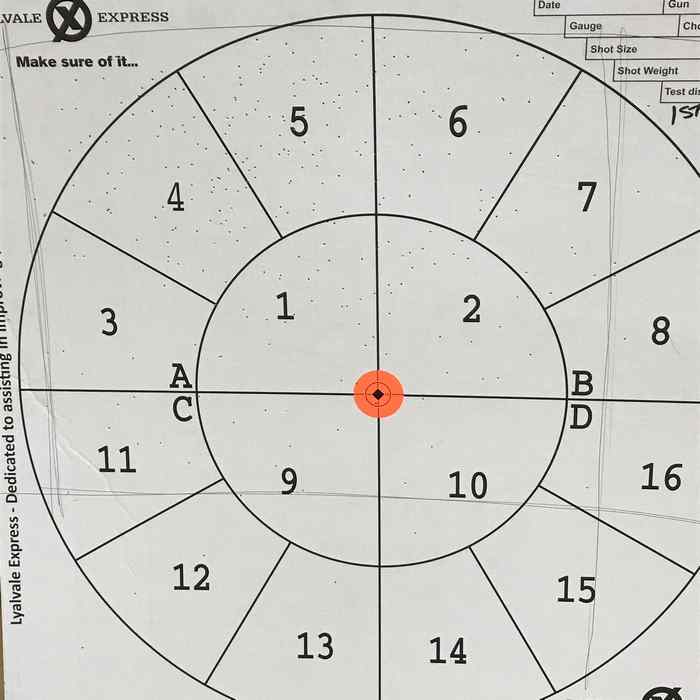 So once you break everything down to chokes and cartridges it really isn’t that bad.Select a choke for the target you will be shooting and then fine tune this even further with your cartridge with that all important shot size. Don’t pick a choke too tight as this makes shooting more difficult for you. Once this is all in place you are tooled to be shooting a well placed consistent score. Now it’s time to get some competitions booked!