The Made To Measure Journey 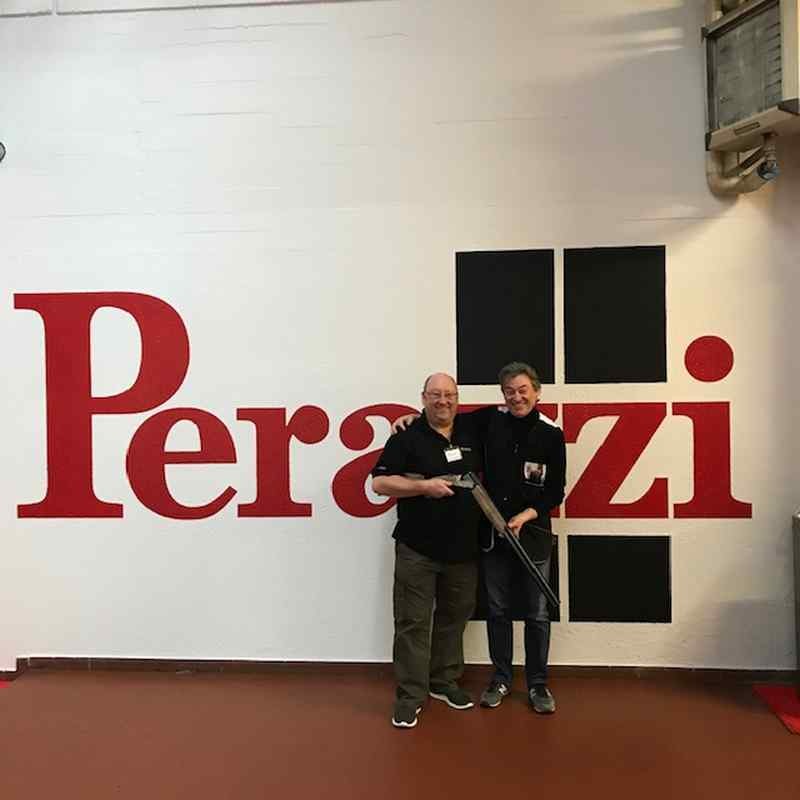 We talk to customer Paul Williamson about his experience of his first custom fitted Perazzi shotgun and the journey he took towards it’s very creation.

So let’s meet Paul; a keen clay pigeon shooter who has been in the sport for several years enjoys his shooting. After changing guns several times he could never quite settle for something that felt “right” in his hands. He was shooting well, however lacked a some consistency, losing out on those last few targets to push his scores up. After much deliberation and thought Paul decided he was going to take the plunge with the made to measure journey. 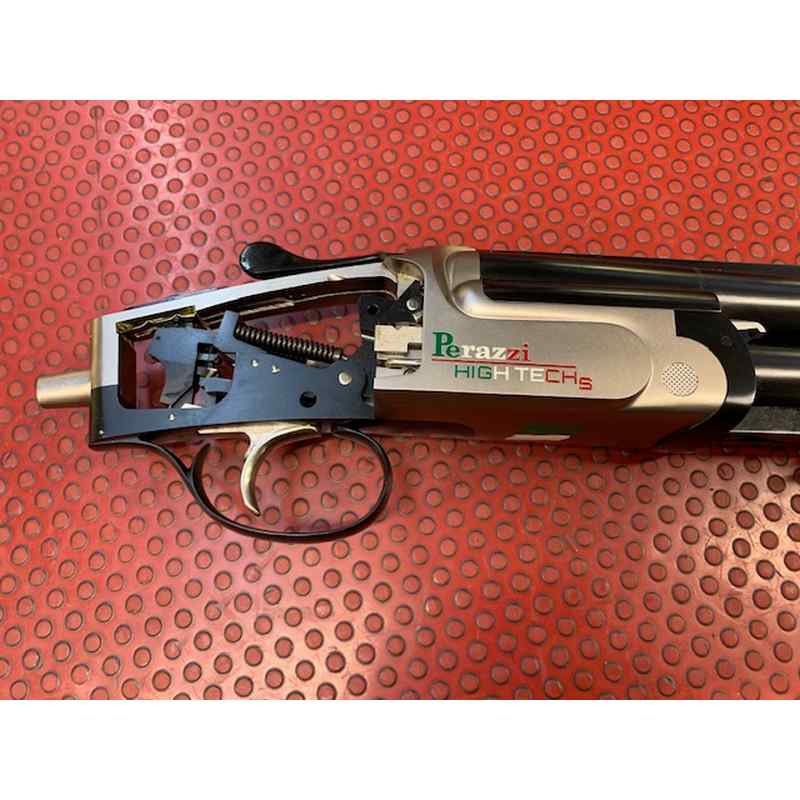 Paul loves nothing more than his skeet shooting and this was the very discipline he wanted to follow for his made to measure shotgun with Perazzi. So let’s look at the decisions around how his gun was going to be different to anything else off the shelf he had been previously looking at. 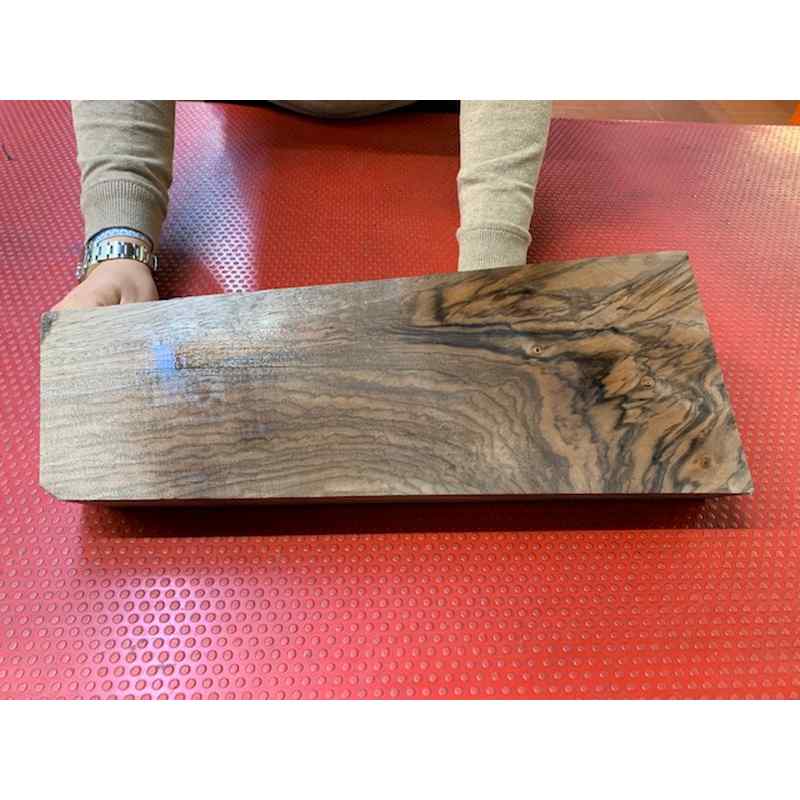 From the very start Paul had chosen the Perazzi High Tech model. Its balance and refinement was the feeling he had been looking for.After that things become a personal choice for the finer selections.He selected the shorter barrel length of 28 ¾” being faster handling for the skeet targets.The fixed chokes were open with little constriction, making this gun the tool for the job when it comes to the close range targets of skeet.The aesthetic look of the gun was also considered and Paul liking the Italian theme, chose the green, red and white colours of Italy inlaid in the “High Tech” engraving as well as an Italian flag on the underbelly of the action. Further decisions were made with regards to bore diameter, rib design all the way through to the bead on the end of the gun.The metal work had now been decided so the next important chapter was the woodwork.

Once the metalwork of the gun has all been selected the next stage is one of great importance. Choice of stock and forend style, grip and other aspects are all key decisions for attaining the correct gun fit and overall feel. The stock is the true bond between you as a shooter and the gun and having this correct will achieve greater success. 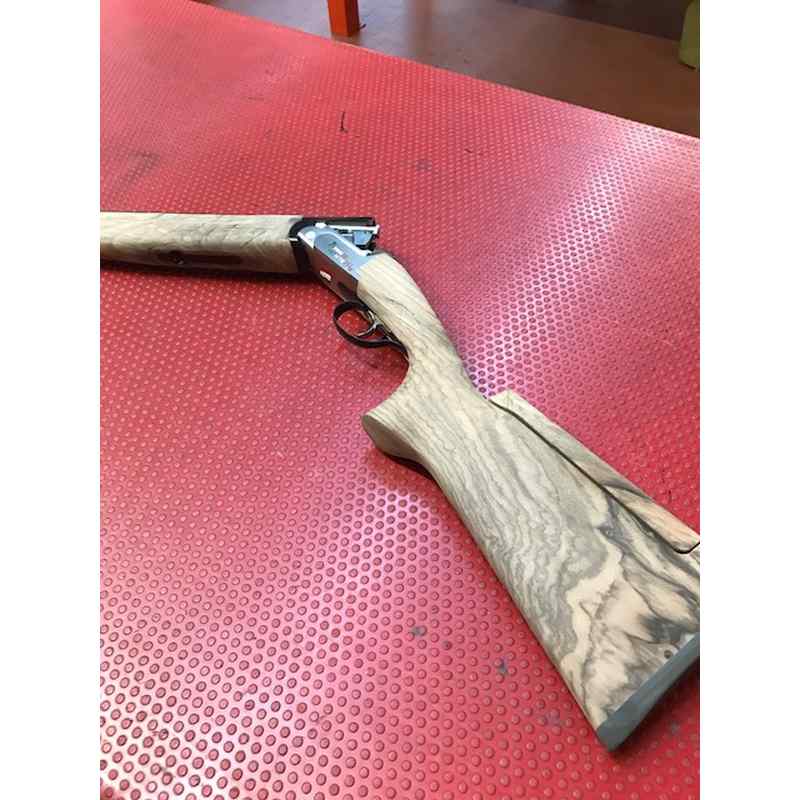 Prior to going to the factory Paul came to Bywell Shooting Ground for a pre-factory fitting session. We looked at the dimensions of the gun he was currently shooting, examined these to see if we felt there was any changes that would improve things and then finally pattern test to see where Paul was shooting and if any alterations were necessary. This gives us a clear indication before going to factory of what we need to achieve. He required a much smaller grip and shorter stock than one you would get straight off the shelf, another massive benefit of made to measure. After this we then discuss finer details of the forend and stock grips as well as palm swells and finer details of the stocks. Bywell’s full range of guns allowed Paul to see the different variations and get a clear idea of what he was wanting on his gun. All this preparation meant we already knew what was required for this special gun in advance of booking any flights or accommodation. 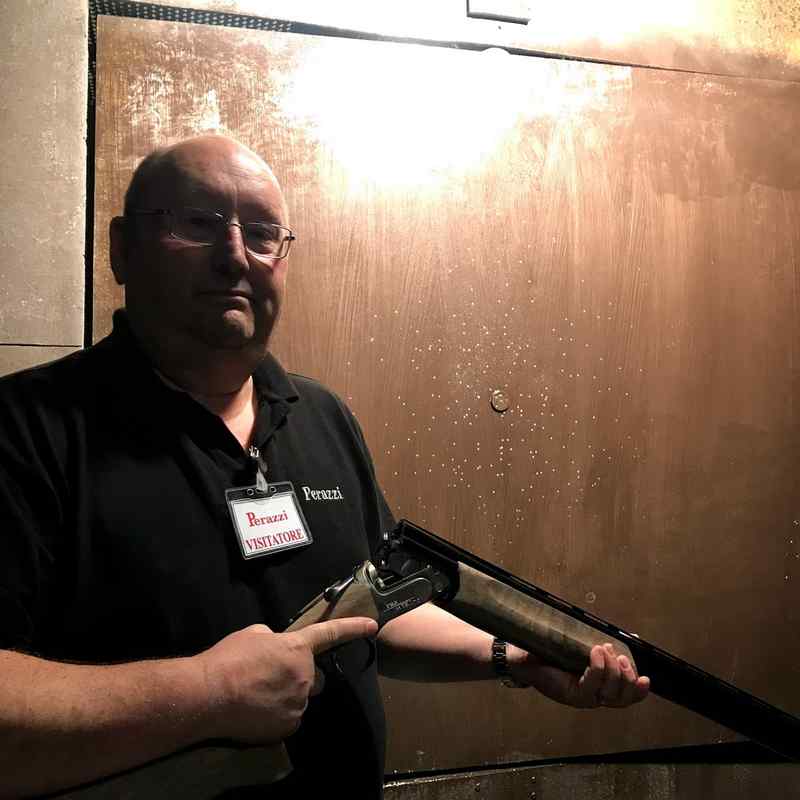 Before he knew it the time had come to visit the Perazzi factory. This is always a special occasion for any new gun owner.Whilst in the factory Paul went through the measuring process similar to ones back at the ground to confirm some initial dimensions. Next came the ultimate excitement…picking the wood. Knowing what he was like John had to very much keep him under control. He was straight away looking at the high grade ones but after some careful thought narrowed it down to two blanks. With the assistance of an experienced Perazzi stocker the final selection was made and ready to be crafted into a fresh new stock. After some real craftsmanship the wood was transformed into the stock of desire for Paul. The grip shape and feel all being perfect. A handful of shots on the Perazzi pattern plate quickly conformed this. Paul expects his gun to be finished and delivered within the next 8-10 weeks and really can’t wait! He reflects back and shares some of his thoughts on the Perazzi experience… 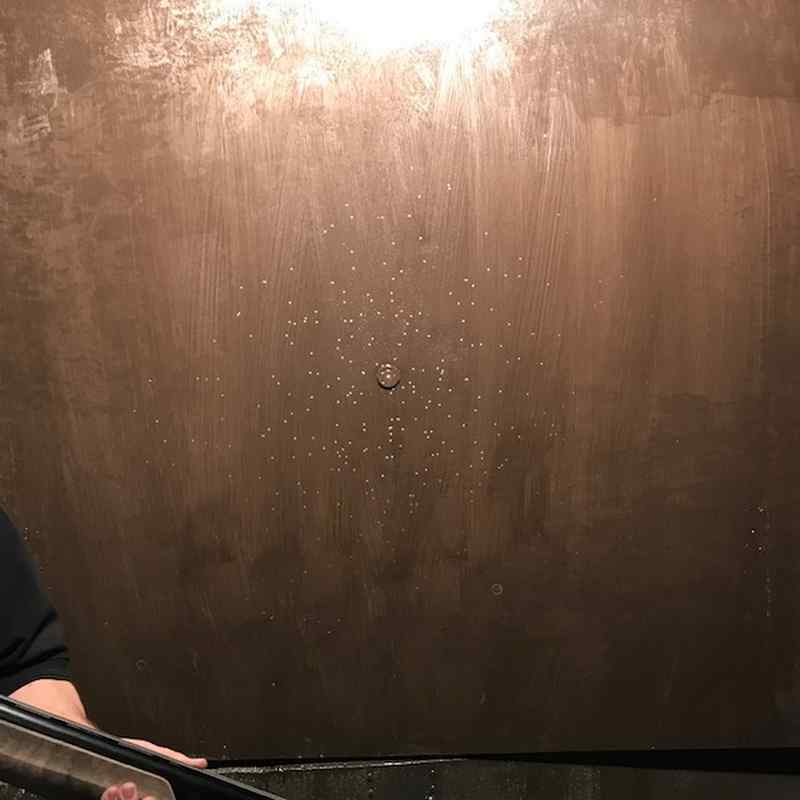 “Anyone thinking of a gun like this would be mad not to go made to measure. As well as the physical gun being perfect it removes a large element of doubt of gun fit which is so very important in such a mentally orientated sport.”

“A big thank you to John as well. I really don’t think I would have gone without a representative from the company like himself.He really looked after us and guided us through the experience with his knowledge. An invaluable part of the trip which Bywell provides.”

“Having shorter arms and small hands means I have always had a disadvantage with off the shelf guns of any brand. Not any more though as the stock is now perfect for me, it will just make my shooting far more comfortable, easier and hopefully more successful.”

Paul was the life and soul of the trip and kept everyone amused throughout the time in Italy! 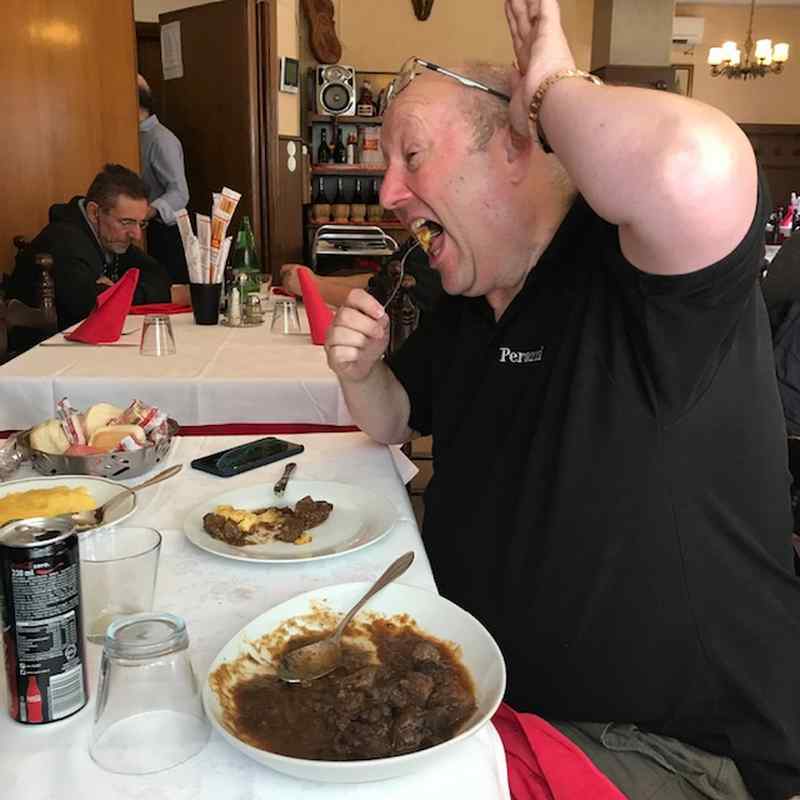 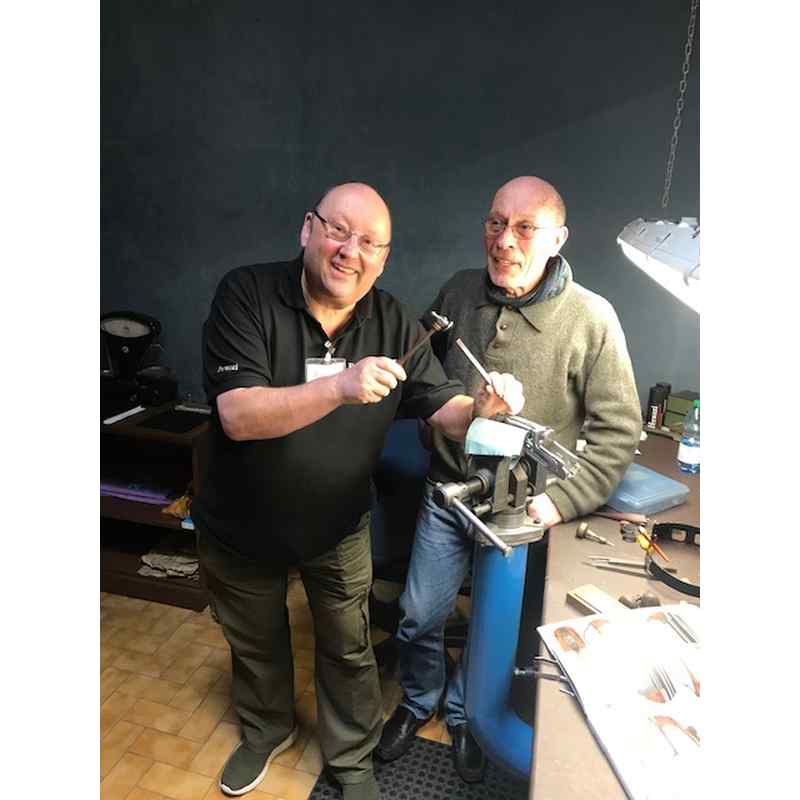