Pro-Sporting 2021 goes off with a bang 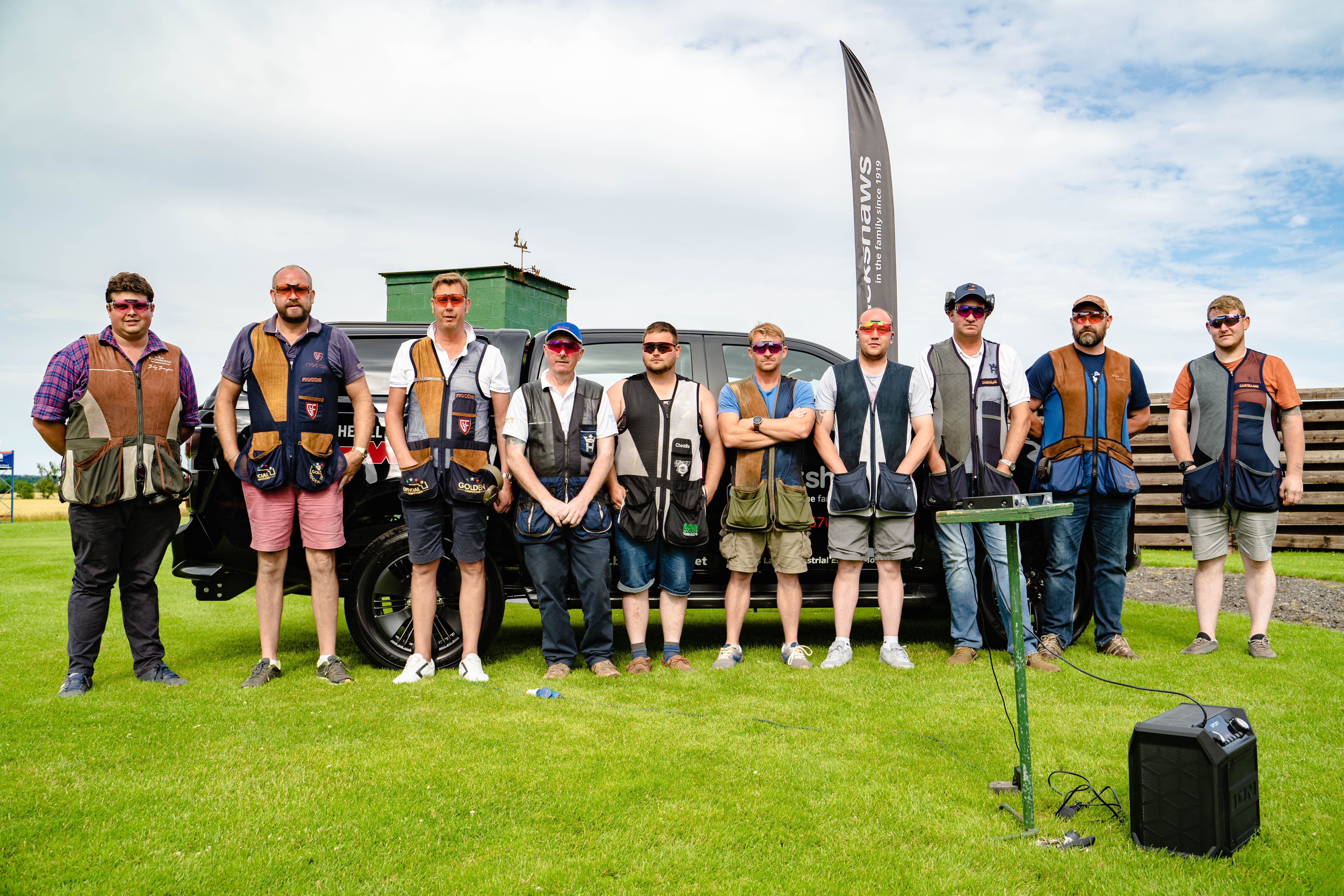 The Pro-Sporting super final for 2021 took place alongside our Blackshaws 150 Sportrap competition, and what a final it turned out to be. We look back on the final and how the Pro-Sporting has become a highlight of the competition calendar.

Back in 2018 we wanted to create something truly unique at Bywell Shooting Ground and the first Pro-Sporting format was born. Since then we have seen several small changes made to create the exciting spectacle we see today.

So for those of you who aren’t sure or haven’t heard of it what is the Pro-Sporting all about?

Pro-Sporting sees 7 different sporting targets on the layout, each one numbered 1-7.Target 1 is worth 1 point, target 2 is 2 points and so on, with the most difficult being number 7.Throughout the competition calendar we run 4 qualifier events. In the qualifier each shooter shoots the targets as follows. The competitor starts with shooting 1-7 each one with full use. After this they then shoot a speed round. On the call of pull target 1 is released, and then target 2 is released 4 seconds later, then target 3 and so on. As I’m sure you can image this takes plenty skill and some very fast loading. The single round and speed round scores are added together giving a total score out of 56 points.

After the qualifiers have taken place the top 8 shooters are automatically through to the super final. But there is also a further twist.

Everyone who shot a qualifier is entered into a raffle with two people randomly selected. They then join the other 8 making a grand final between 10 competitors going head to head to win the impressive prize fund. This year we had 400 entries in the qualifiers which gave a sensational prize fund of £2,000 cash!

The super final sees three rounds. The first is identical to the qualifier shooting single targets and then a speed round. Once this is complete the top 4 go through to the next round. The second round is purely a speed round with scores back at zero. The top 2 from here then go through to the ultimate final. The two competitors then face 4 simo pairs and 4 report pairs alternating. They get to nominate which targets to shoot depending on the difficulty they are comfortable with. They have the added pressure of a watching crowd coupled with some live commentary. So with the format all set our finalists were ....

Everyone was ready and the stage was set for a tense final. The weather was hot and perfect for shooting so no excuses for the shooters. Sam Fitzgerland got things underway with shooting first and put a score of 35 on the board which was a good benchmark. Of all the targets the number 6 seemed the most testing, with it only being hit twice on the single round and twice again on the speed round out of all 10 competitors. Matt Pugh was the next person to beat 35 putting in a 37 which seemed a good score. That was until local shooter Dave Woolley put a superb 49 in, only missing number 7 in the speed round! After Grant Mcguire had shot this concluded the first round, and the scores were in. The top 4 going through to start in reverse order for the next round were....

Now they had shot the speed round once the competitors now had a good idea of when to reload and how to attack certain targets, but the pressure was still mounting. A single speed round awaited them all. It was Sam Fitzgerald to shoot first again with him dropping target 1 & 7, giving a him a score of 20.Next up was Billy Baughan dropping 6 & 7 denting his score down to a 15.Matt Pugh looked the most relaxed only dropping number 5 and scored a solid 23.The pressure was on for Dave Woolley who only missed the very last clay coming off with a 21.

So the finalists to go in reverse order were ......

Dave Woolley the local was to go first, playing it safe and nominating 4 & 5 for his report pair. Everyone looked in disbelief as it was pair loss! Matt chose the same targets putting him 9 points in front so things weren’t going to be easy for Dave to catch up. The next pair was simo with 4 & 5 chosen again by both Dave & Matt, shooting 9 each. Dave knew he had to go big to win, and nominated 6 & 7 for the report pair. He came away with only 6 points and with Matt only scoring 5 he was still ahead by 8 points. The next simo pair both shooters elected for 4 & 5 again to keep the confidence and shot them well with 9 points each. For the following report pair Dave went big with 6 & 7 not connecting with the 7.After the 6th pair the score was Dave 39 to Matt’s 46 so a win was still possible. Unfortunately on the next pair Dave went big on 6 & 7, coming away with no points at all. This left Matt in control and he chose a sensible 4 & 5, putting him 16 points clear and out of reach for Dave. Being true sportsmen they both still shot the 8th and final pair both nominating a 6 & 7.In thrilling form Matt shot this seemingly impossible simo pair straight, what a way to take the Pro-Sporting super final 2021!