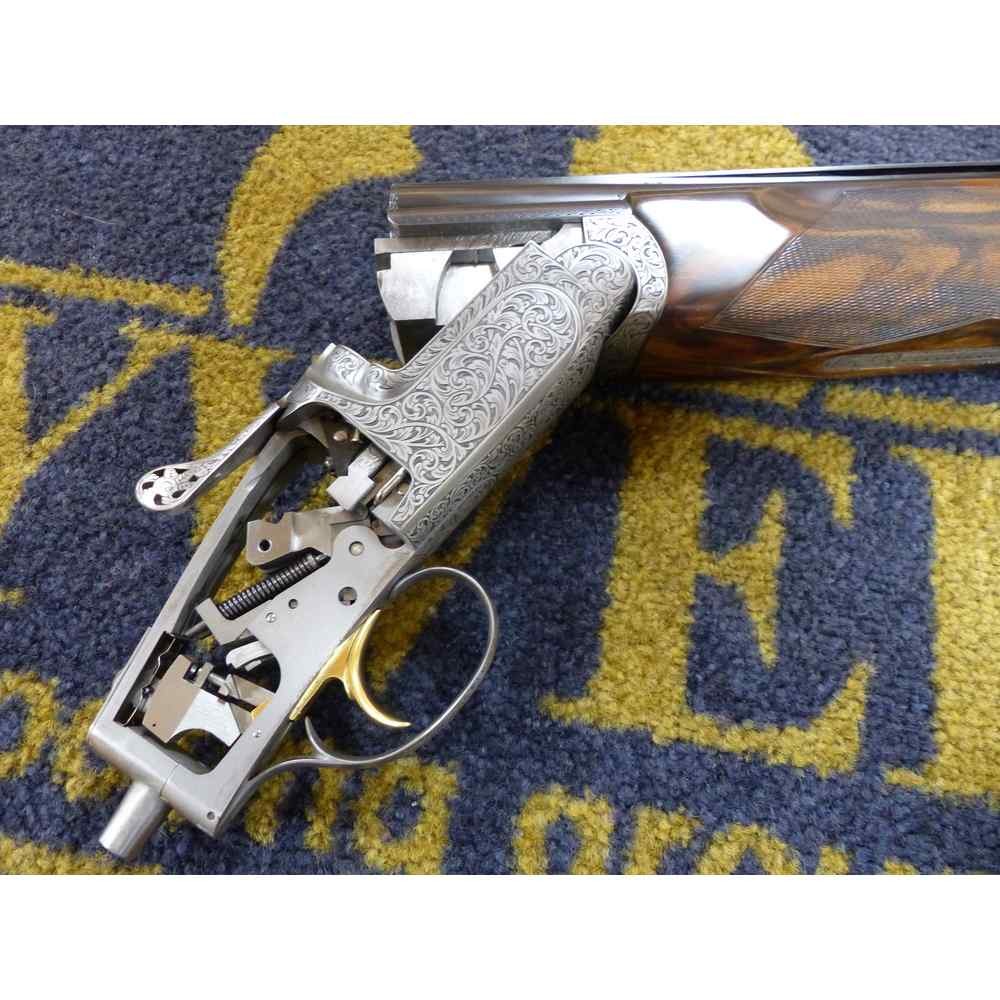 Customers often ask what they should be doing with their guns with regards to servicing or replacing parts... We take a look at what might need to be done!

Shotguns of all makes, models and specifications share one common thing - they are all very reliable. There are two main ways in which shotguns work those being inertia or mechanically operated. Inertia operated mechanisms use the recoil off the first shot to select the second barrel. A mechanical mechanism doesn’t require any recoil so if the first barrel didn’t fire the second would still be selected and could be fired. Both systems have advantages and disadvantages but are very simple. So what TLC or servicing is required?

Manufacturers will always advise on an annual service which involves stripping down the gun, inspecting the parts and then re-assembly. For most modern day shotguns this is often not necessary, and as long as the gun has been cleaned and cared for you shouldn’t encounter any real issues. The only time attention is needed is when a wearable part comes towards the end of its life cycle, we look at what that could be below.

As almost all guns are stored away closed the ejector springs spend most of their life compressed, and these are often the first thing that shows weakness. If your cartridges aren’t always clearing the gun consistently this could be the case. All manufacturer’s springs are readily available and can be replaced with relative ease. If you aren’t sure though this is something we can easily arrange for you and a demo video on this will be on our site soon. 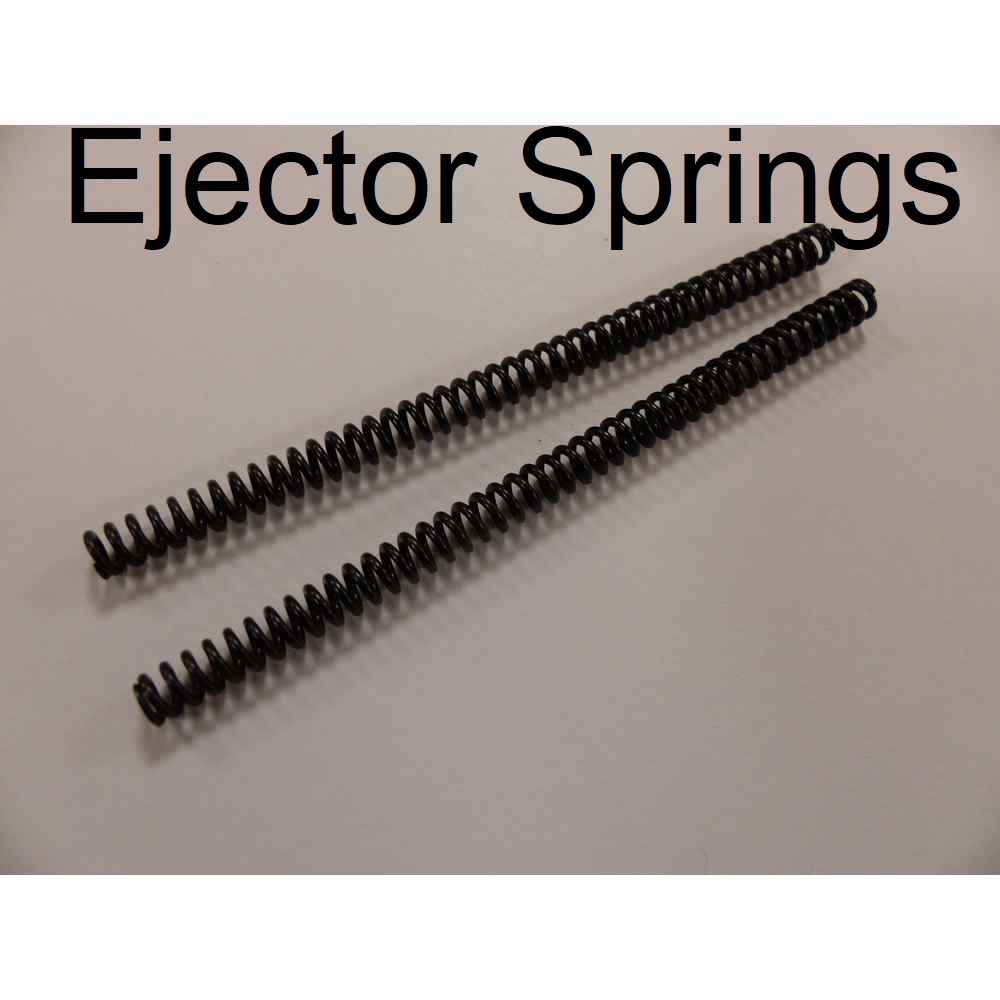 Other components which wears over time are the firing pins. Modern day manufacturing means they are very tough but after many thousands of cartridges the wear or corrosion on them can become apparent. The usual sign of this is when misfires start to happen across a broad range of cartridges from various manufacturers. If this is happening inspect the pins and often you will find that the end is chipped or worn which is making them too short to consistently do their job. Replacing these usually requires a gunsmith as some disassembly of the action is needed. Manufacturers have very specific calibre and modelled firing pins so make sure you get the right one for your gun. Although a wearable part firing pins last a long time so don’t expect to be changing them often or at all. 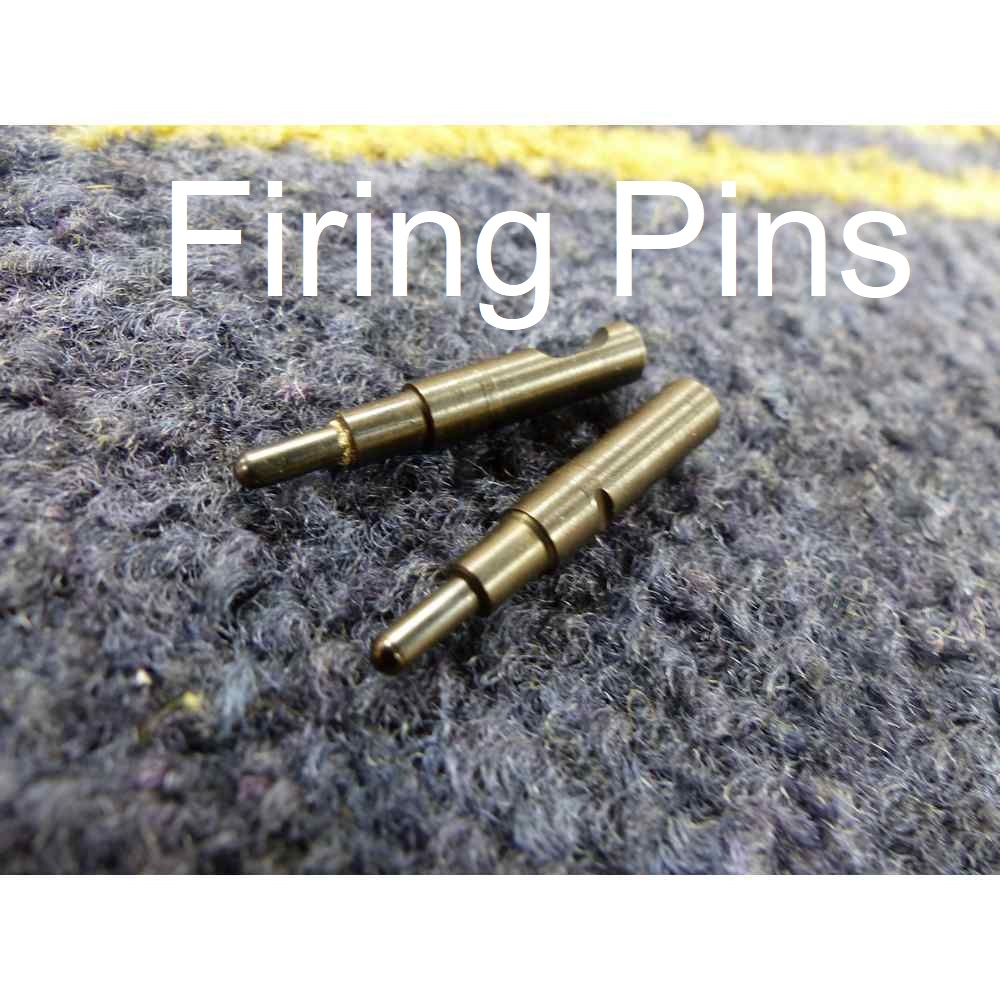 The main power hub for firing any gun is of course the mainsprings. These come in two variants being either V-springs (sometimes called leaf springs) or coil springs. Most shotguns have coil springs which as the name suggests are in the conventional coil shape. These gradually get weaker over time but will never totally fail, with weaker strikes on cartridges being the only sign. V-springs are usually found on high grade guns and designed to give a crisper trigger pull, the only down side is they will eventually fail. If your gun is fitted with V-springs we strongly advise the use of snap caps to ease these springs whilst in storage which greatly prolongs their life. Changing V-springs is relatively straightforward but can vary considerably. Click here to see our video of changing those on a Perazzi action. 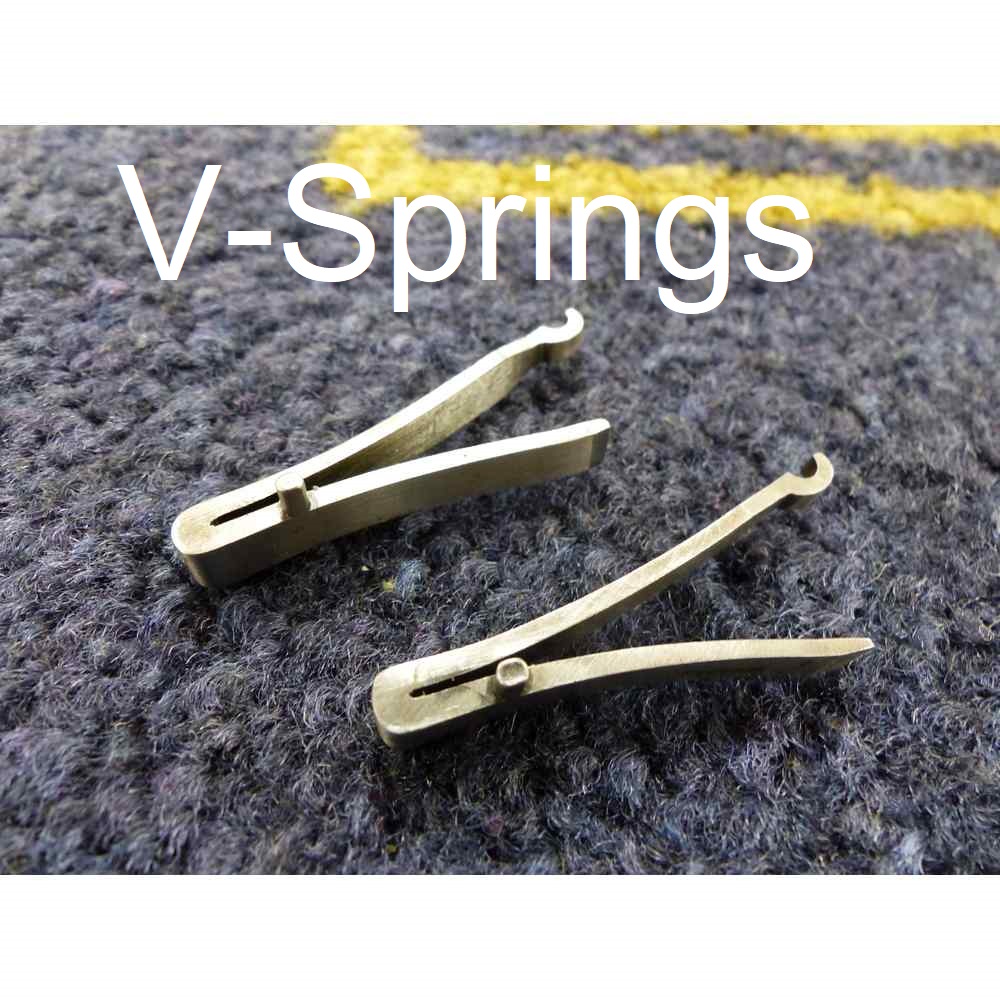 If a gun is seeing a lot of use it may need a service to tighten it up which would mean replacing numerous parts some of which we have already discussed. Some other parts would include shims in the forend and also a part which engages from the action and into the barrel for the lock up. Examples of these would be the “H” bar and forend latch from Perazzi. Each manufacturers parts for this are slightly different. These all come in different oversizes and by fitting the right ones it brings the gun back to being tight and a standard of how it left the factory brand new. A re-build like this isn’t always cheap but it is sure to see your gun continue shooting for many more years to come. 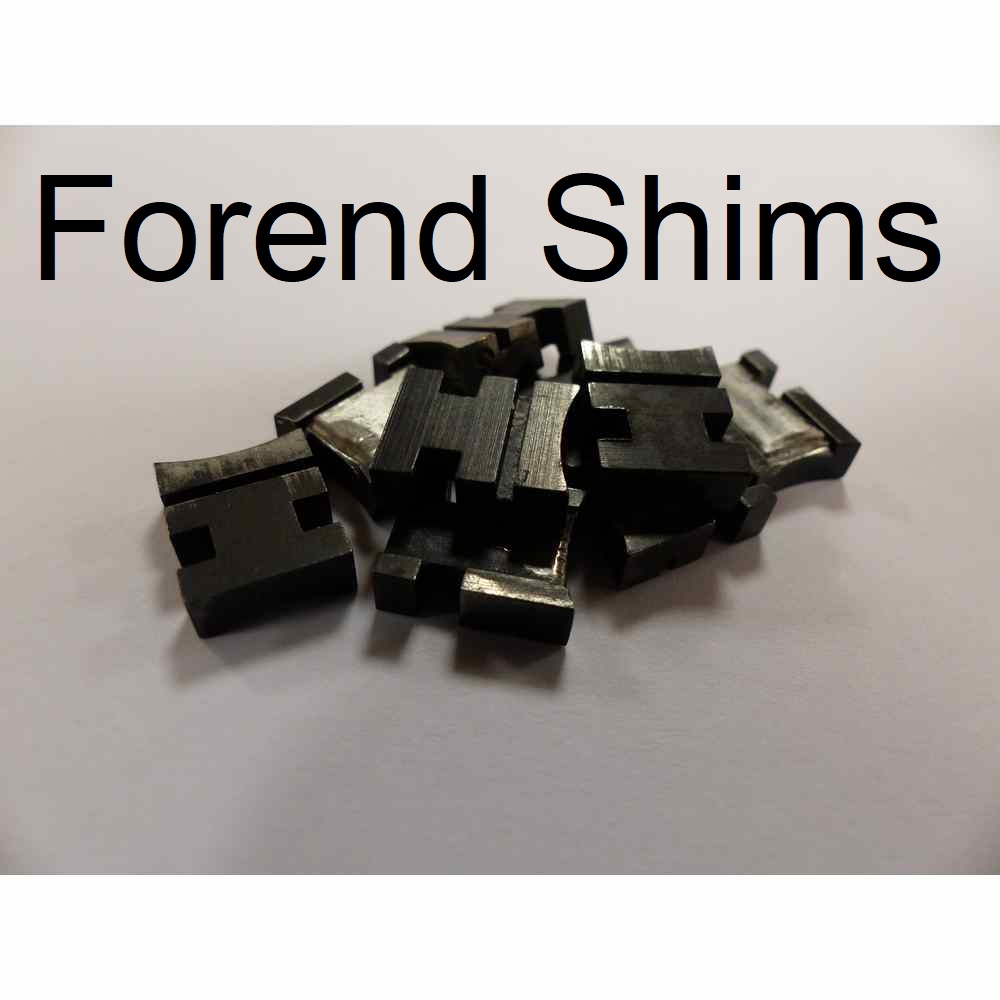 A small component not often thought of but one that nearly everyone loses at some point, is the bead on the end. It is one of the most commonly supplied spare parts and the choice of size, colour, thread and style is enormous. Everyone has their preference so find out what works for your style of shooting. Just make sure you get one that fits as the tolerance is very tight with each manufacturer being slightly different. 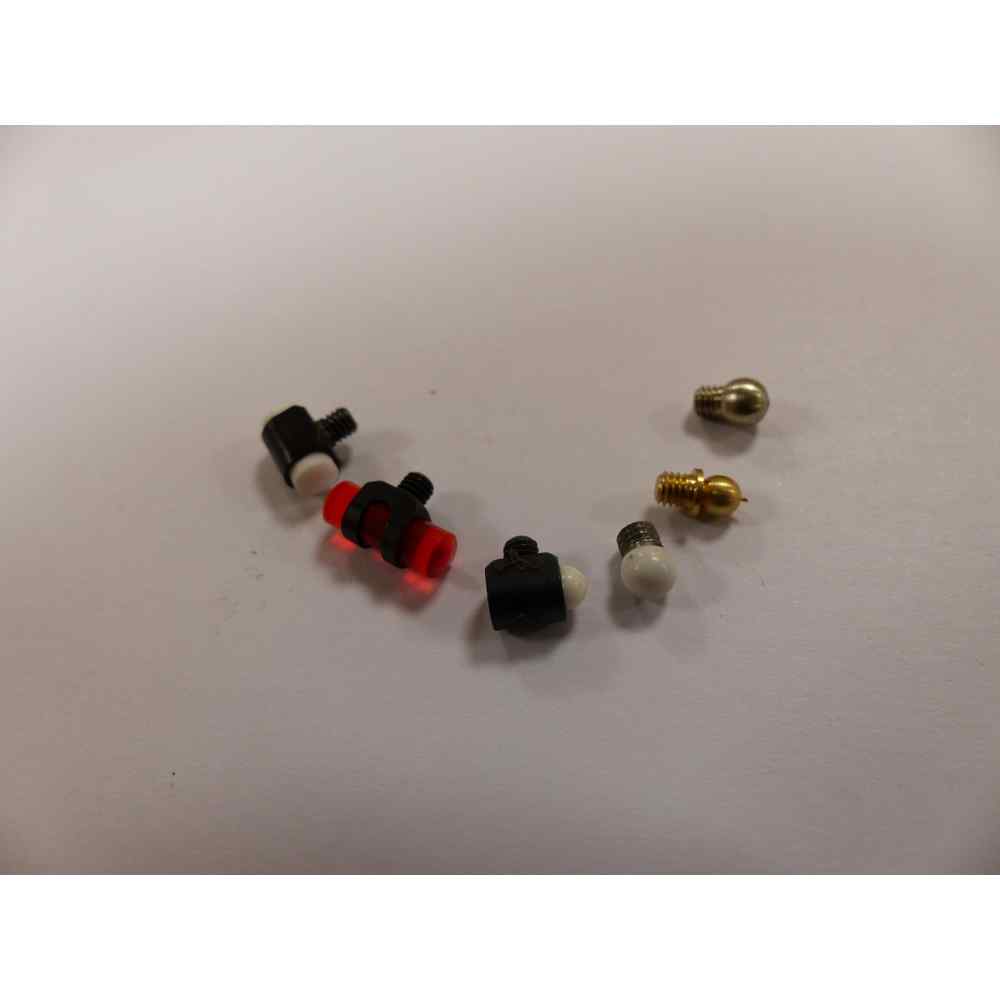 As you can see there isn’t a lot in a shotgun action that can go wrong. Not much needs to be done on a regular basis apart from keeping the gun clean and lightly lubricated. If a fault does develop its most likely something simple requiring the replacement of a worn out part. Whatever it is we will get you shooting again in no time at all.