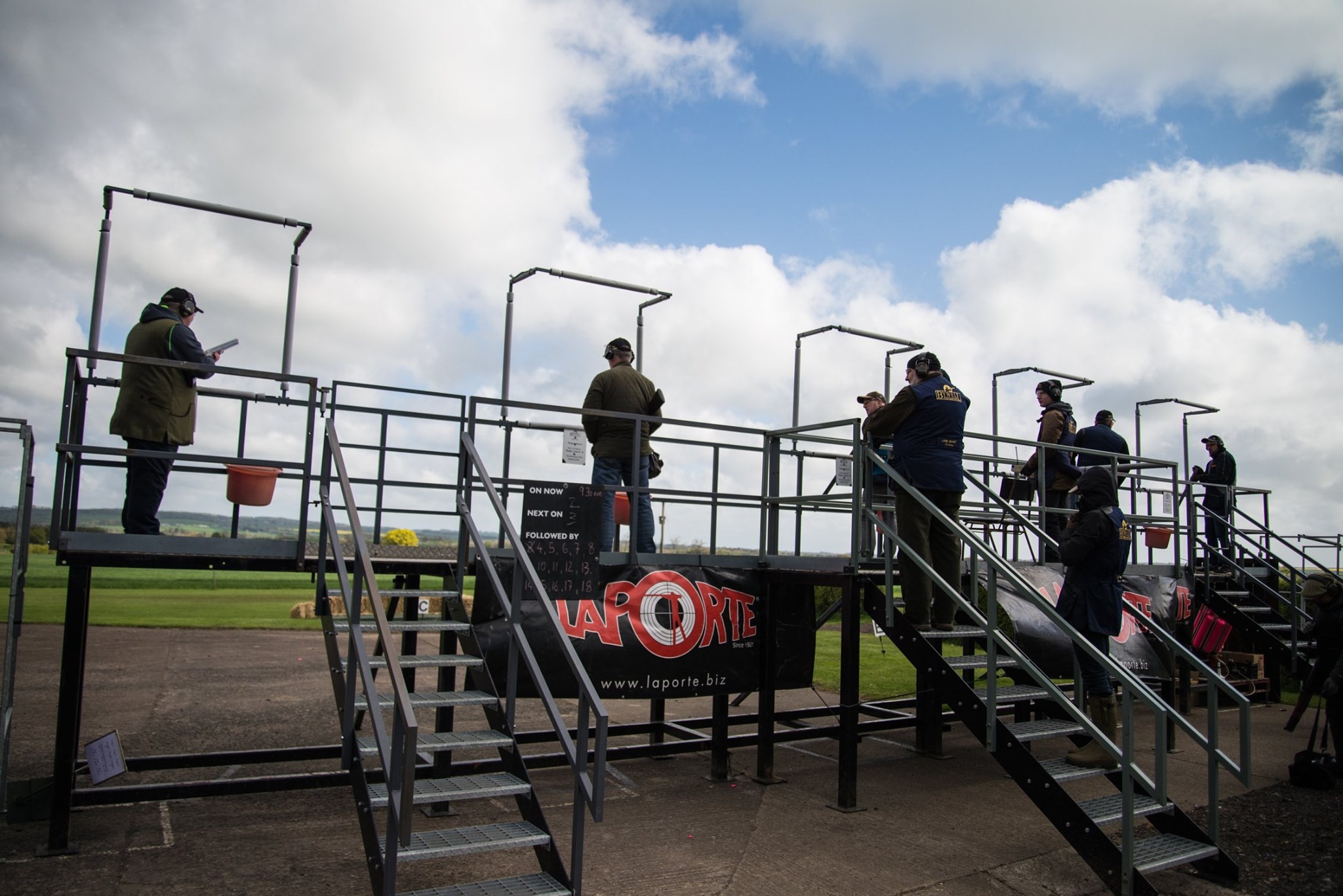 The Northern Sporting weekend started the busy competition calendar. We look back at the first of many exciting weekends to come this year!

The competition calendar here at Bywell is a very busy one for 2019.Almost every discipline is hosted one way or another and several of them being major championships in the form of DTL in particular. Let’s look at the first of these big and exciting shoots to grace the ground for 2019.

The Northern Sporting Weekend was much anticipated and held at Bywell Shooting Ground on the weekend of the 4th & 5th May 2019.The event saw two competitions, 100 Sportrap and 100 Sporting each one split over two days to accommodate the large entry numbers. With 200 shooting the Sportrap over the weekend and a further 238 shooting the Sporting there were plenty guns ready for the occasion. It was backed again by its long standing and proud sponsorship from both Browning and Hull Cartridge company, enabling an even bigger and better prize fund than previous years to be given back to the competitors in the form of guns, cartridges and cash. Two Browning B525 sporting shotguns were to be given away, one each to the winner of the 100 sporting and 100 Sportrap respectively. Numerous Hull Pro One and Hull Pro Piston cartridges were also to be given away to both raffle winners as well as class and category winners of both competitions bringing the total to an impressive 7,000 cartridges.

After many weeks of hard work and preparation from the ground staff the weekend had finally arrived. The layouts were a real focal point of the event. Bywell is renowned as being at the pinnacle of hosting prestigious trap competitions as a ground but the sporting targets here are always presented to that same high standard. The sporting layout had 12 stands and featured a new wooded area where almost half of the course sat. This section presented the shooters with targets which could be deceptive and really gave an extra element shooting in and amongst the vegetation. The Sportrap was equally interesting occupying the opposite end of the ground. It featured a diverse range of target types and sizes being quite technical in nature. Of all the targets on the ground nothing was long and distant to catch anybody out. They were very fair in difficulty but the combinations of pairs and often the difference in the speed and presentation made them easy enough to miss. Saturday saw a Northerly wind combined with odd showers but this certainly didn’t dampen any spirits or enthusiasm as everyone attending was eager to get started shooting. Shooting commenced at 9:30, and the shooters made their way through the course, many of which were shooting both the Sporting and the Sportrap competitions. It wasn’t long until the scores started to come in. Scottish shooter Marc Watson name put in a notable score of 91 which was impressive and was soon followed by some high 80’s.Sportrap was also well underway by this time with the four layouts combining a real multitude of clays in all shapes, sizes and colours. After some time just two shooters Tim Webster & Tom Young managed to break the 90’s.The sun set on the first day but there was still plenty more to come on the Sunday. 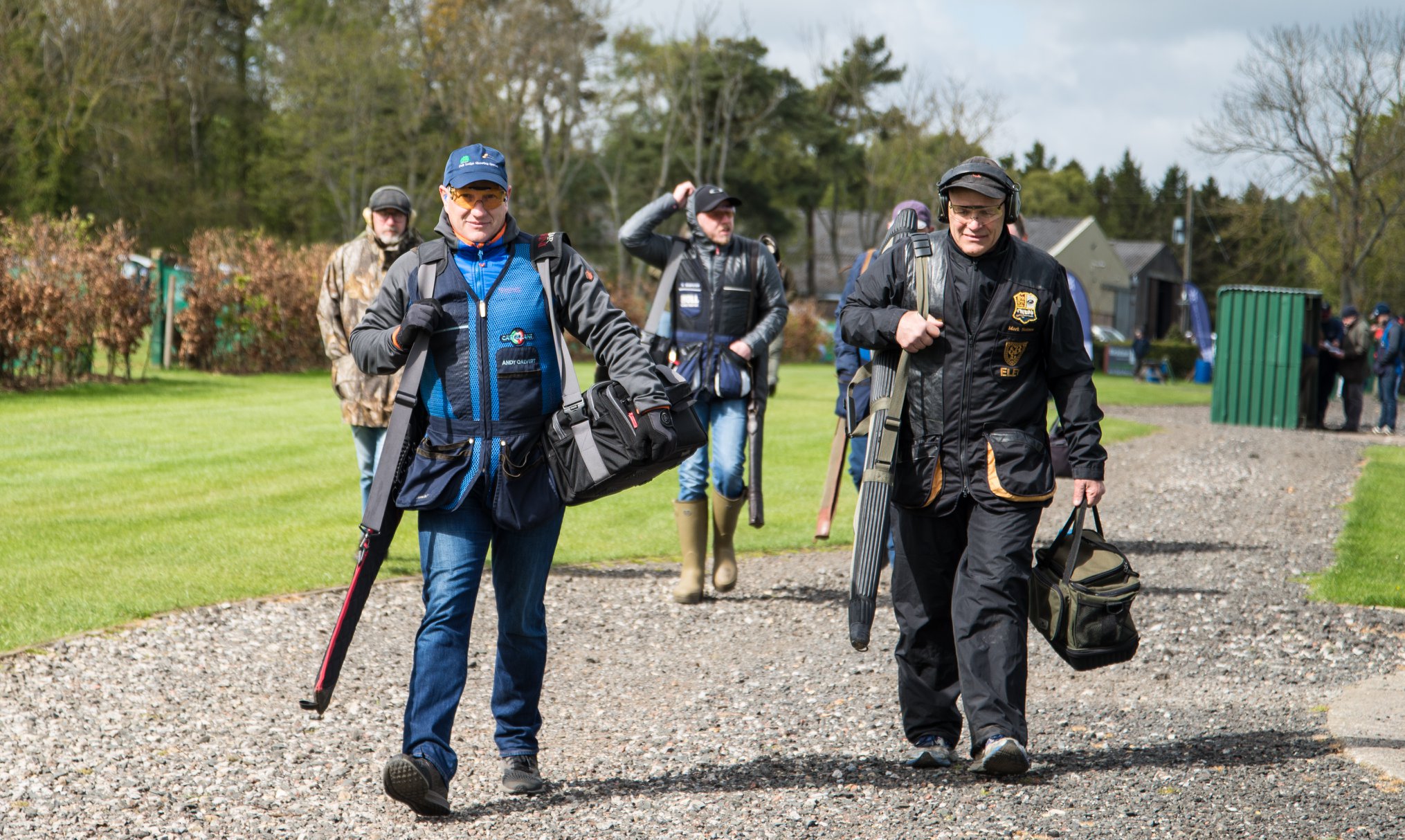 Sunday was a day of changing light but slightly drier and calmer than the Saturday. The pool shoot was also generating a lot of interest with several notable shooters going round numerous times until a few straights were put in, notably Andy Telford who had some impressive shooting. Moving back to the main competitions with favourable conditions and some big names in the sporting shooting scene making an appearance all eyes were on the scores coming through. Watching all stands there were several shots perfectly capable of delivering a winning sporting score. Eventually it was the Billy Baughan who topped the board with a 95 fairly early on and would not be beaten. The closest rivals were John Barnett and Chris Childerhouse both tied on a 94 which wasn’t quite enough to get their hands on the Browning B525.The Sportrap was again very tightly contested and it wasn’t until later in the afternoon that the scores were apparent. The young shooter Tim Webster from Coventry had the winning score of 92.This was closely followed by three shooters on 91 being Chris Childerhouse, Dave Kempley and Mark Webster. It was 2 years ago the Billy Baughan and Tim Webster both shot off in the super shot off final so for them to both walk away with guns this year was a nice ending to some tremendous shooting. 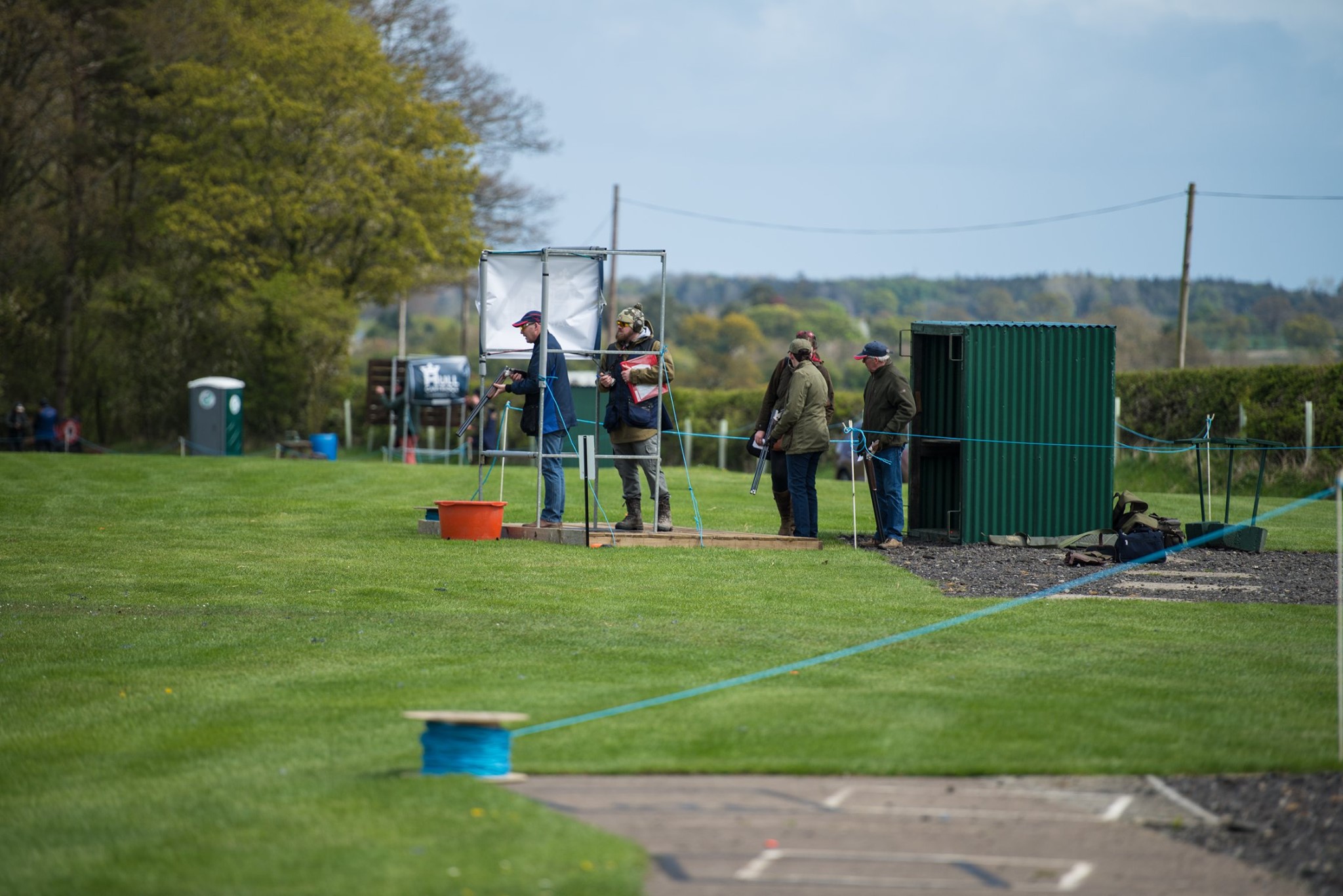 Hull Cartridge had very kindly supported the event with 2,000 Pro Piston cartridges which were raffled to people who had support the event through their competition entry. Two people were drawn at random from each competition on both days.Saturday saw G Attwood, S Mackay, Collin Teago & D Naylor drawn to take home their prize cartridges. Sunday then saw N Rock, S Petch, S Greenwood & N Smith take their cases home. They were all delighted with the cartridges and looked forward to trying them out when next shooting.

As the afternoon came to an end the prize-giving took place in the clubhouse with Robert Everitt from Hull Cartridge and Allister Barker from Browning. The clubhouse had a great atmosphere as many had waited in anticipation to see the winners. All the prizes were greatly received by the shooters with a very generous distribution of the cash, cartridges and Browning shotguns. It was the perfect end to another superb event here in the North from Bywell Shooting Ground. I’m sure this event will be growing strength to strength for many years to come.

Our up and coming events are available to view at www.bywellshootingground.co.uk/events or for further details or entries call us on 01670 787827